Jeffrey Patrick "Jeff" Kinney (born 19th February 1971) is an American game designer and cartoonist, he is the author of the Diary of a Wimpy Kid (series), he also made the child-oriented online role-playing game Poptropica. 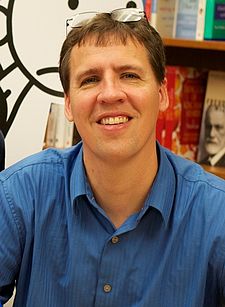